Can you believe 2016 is over? It gone so quickly! Well, without further adieu, here is my final wrap up of the year. As is the usual pattern for December, the fist half of the month was super productive and then I just got a bit lazy. 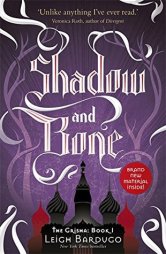 This was the first book I finished this month, and just like the first time I read it, it only took me a couple of days. This is a super quick read, really great for anyone who perhaps is new, or a little uncertain about YA fantasy or just fantasy in general. It shouldn’t come as a surprise by now that Leigh Bardugo is a queen in my eyes, since I seem to mention her in every post. This one is the first in a trilogy that follows Alina Starkov as she discovers that she is in fact Grisha, one of the magical elite. I’ve already mentioned how quick this is to read because it’s an addictive story,  and I loved it just as much as the first time. It should come as no surprise that I gave it [4 stars]. The only reason it didn’t quite reach five is simply that I can tell there is better to come, so I’m saving that star for the future.

Even though it would have been nice to have been reading this around Halloween time this was still a good, solid, murder mystery. I love murder mystery and, let’s be honest, here Agatha Christie is the queen of the cosy, fireside murder mystery. In this book we follow Hercule Poirot and Ariadne Oliver as they probe the growing of a young girl is a pail of water used for apple bobbing, at a Halloween Party, hours after she claimed to have seen a murder. This wasn’t my favourite, but is was still a pretty good one, with plenty of little twist to keep you interested. I gave this [3 stars] simply because I have read better, though it was a really quick read, once I got down to it.

The Trespasser by Tana French 🌟🌟🌟[3 stars] 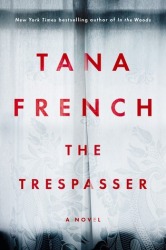 As part of a GoodReads giveaway a couple of months back I was sent an ARC of this, the newest book in The Dublin Murder Squad series. I say, series, but the books are stand alone really, each one following different detective on different cases. This is a murder mystery following Detective Antionette Conway and her partner Detective Stephen Moran, as they investigate the murder of a woman found in her own home with inner for two in the oven. I’v read two books in this ‘series’ and I really like them but this was a little disappointing for me. I’ve got a full review available on my Goodreads page here if you want more in depth thoughts. However, to recap, it was a very slow burner with hardly any pay off at the end. I only gave this [3 stars],  though it’s not something that I see myself returning to. 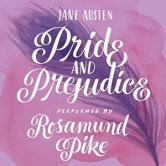 Well, I did it, I finally finished the illustrious Pride and Prejudice, my second Jane Austen book after Sense and Sensibility. I’m sure you already know the story, but, just incase, this follows the Bennet family, as Mrs Bennett tries desperately to marry off her five daughters. We mostly follow Elizabeth Bennet as she deals with some new neighbours.  I really enjoyed this, I always knew that I would, and adore the dialogue between Elizabeth and Mr Darcy. As you can see I listened to the audiobook, which is brilliantly narrated by Rosamund Pike, but it really made me want to own a really nice hardcopy. I enjoyed this enough to give it [4 stars].

Phew, is it hot in here or is it just this book? This is the second steamy romance novel int he Beautiful Bastard series, though it following different main characters. While Chloe and Bennett take a backseat, we follow a rich British Playboy, Max Stella, and the newly single head of finance at Ryan Group, Sara Dillon as they embark on a kinky exhibitionist friends with benefits type relationship.  They are exactly what you want from a new adult book, the definitely not suitable for younger reader or anyone who is uncomfortable reading sex scenes, because there are plenty of those. Even sexier than the previous book, theses new characters were really well fleshed out all things considering. For me, these books can do no wrong and I gave it [5 stars] in a heartbeat. 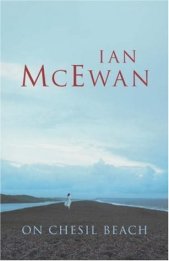 This, despite not being on my December TBR, has been on my normal TBR for about 2 years, and since it’s such a short book (less than 170 pages) I just picked it up and finished it in 2 days. On Chesil Beach is a contemporary novel, set in what felt like the early 60’s, and follows two ‘innocents’ on their wedding night. The narrative id split between the past an present, so we get to see the events leading up to Florence and Edward’s wedding night, and gives a spring around of depth for such few pages. Although I though Ian McEwan’s writing style was lovely the narrative fell flat for me at times. There were certain points where I thought I would be giving this fave stars, but those moments just weren’t consistent enough. I do look forwards to reading Atonement, another of his books that has been on my TBR for too long.

This is the sequel to Shadow and Bone, and second book in the Grisha trilogy by the amazing Leigh Bardugo. Unfortunately, without giving away any spoilers, this, at least for my, did suffer a little from second-book-syndrom. There’s a lot of setting up, and waiting around, and running away that just didn’t do it for me. That’s not to say this wan’t a good book, because it was, it’s just that I have such high standards for Leigh Bardugo, and can’t help but compare everything to her Six of Crows duology. I enjoyed it, I changed my mind on a few ships, with the introduction of a new character, who I adored, but ultimately I just wanted more from the Darkling. As one of my favourite- no, my favourite character of the series I could happily just read about him. I look forward to the final book, I think, but hope that it has that spark that the first one had.

Finally I finished this book, it may have taken me a month, which si a long time for me, but I did it. God, only knows why it took me so long. You may, or may not be aware of my love for thieves (would you look at that, an opportunity to mention the Six of Crows duology), and this book is all about a confidence trickster called Locke Lamora who gets unwillingly caught up in underworld politics. Even though it’s the first book a series, or a sequence, it reads very much like a stand alone with an everything wrapped up in a big red bow at the end. I really enjoyed the fantasy setting, which reminded me a lot of historical Venice, and the actual plot though I feel it was overshadowed by some very weird choices in terms of structure. The chapters were a little long for my liking, long enough to be split into, usually around 5 parts, plus an ‘interlude’ which consisted of another 3 or 4 parts, and followed Locke as a child learning the game. Personally this structure, just didn’t work, and made, what should have been an exciting narrative drag by constantly stopping the way it did. However this wouldn’t put me off the rest of the sequence and my love for thieves continues with Locke Lamora.

This was a re-read for me, as I first read this one a  couple of year beck after borrowing it from a friend. Each author is responsible for one short dory int his little collection, which sort of brush up against one another while still retaining their own individual narratives, so they can be read as stand alone although I would recommend reading them all in order to get the full experience. I could remember the general vibe, though hardly any of the actual plot points, so it was nice to be reminded of what actually happens. All three are super cute Christmas themed, contemporary, YA romances, dealing with different characters, though those characters do pop up in each others stories very briefly which gives this anthology a sense of cohesion, that you don’t usually get. It also make it much more difficult to pin-point who wrote what if you’re not aware of it. This is perfect for Christmas, and definitely give you that warm, fuzzy, feeling!

And that is that for 2016, crazy, right! My GoodReads goal was 100 books, and I managed to read beyond that, I haven’t done the maths yet, since it doesn’t count re-reads within the same year, but when I do, I’ll let you know.

What books did you read this month. Did you reach your goal for 2016?

Thanks for reading, and a happy new year!