I’ve always liked February because it’s a short and sweet month, over and done in a flash, so it probably isn’t the best idea to put even more books than usual on my TBR. But I’m going to do it anyway.

A Bone To Pick (Aurora Teagarden #2) by Charlaine Harris 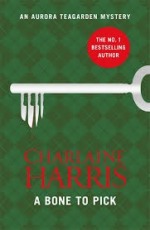 The second book in the series deals with a fresh murder mystery in the life of part-time librarian in Smalltown, Southern USA, Aurora ‘Roe’ Teagarden. This time, we kick things off with the funeral of one of her friends, the elderly Jane Engel, who, much to Roe’s surprise had bequeathed her, her house. But maybe the human skull hidden in the window seat has something to do with that? Roe embarks on her first cold case as she endeavours to discover who the skull belonged to and most importantly, how did they die. Harris’ series is very much that of the cosy murdery mystery with plenty of humour to keep things light and fun.

Continuing on with my re-read comes the next two books in the series. As we begin to see the pattern of these books with the Baudelaire’s arrival at their Aunt Josephine’s house, and some unfortunate events that follow involving some hungry leaches, a shady sea captain, and some peppermints, those expectations are then shown out of the window with the fourth book in the series, The Miserable Mill. Where do you leave three

orphans after that events so far? Why at a lumber mill, of course! No more lazing around, enjoying the scenery at their guardians houses because it’s time to work for a living. After all hasn’t every child fantasised about working at Lucky Smells Lumbermill? All I can say is that I hope they like chewing gum. You might have noticed that I’ve grouped these two together, as I did with the first two and while the stories are separate in a sense they are so short at the moment (barely making 200 pages each) that I know I can get through them super quickly.

We Have Always Lived in a Castle by Shirley Jackson 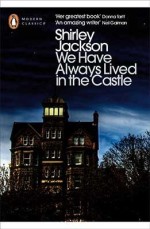 This was one of the books that I got for Christmas, mostly in preparation for the film adaptation with the one and only Bucky… I mean Sebastian Stan. The plot here, is a little odd, so bear with me as I try to explain. The members of the Blackwood family who survived a mysterious poisoning a couple of years back, live on the family estate. When, Constance Blackwood returns home, acquired of the mysterious poisoning, Merricat will do anything to protect her. When their cousin Charles, arrives on the scene, Merricat is extremely suspicious of his motives in making an appearance at the family estate. 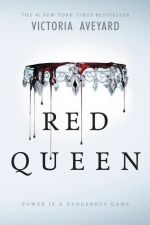 So, brace yourselves for one hell of a re-read leading up to the release of the final book in the trilogy, because that is happening pretty much the second February starts. Red Queen is a YA fantasy series, set in a society in which there are two distinct groups of people. The silvers are the ruling class, gifted with special powers, like the ability to summon flame, or super strength, who dominate the lower class reds, essentially normal humans. Mare, our protagonists, believes herself to be a common red… or is she? Forced to pretend to be a lost saver princess, she finds herself in the most dangerous place in Norta, the royal court.

Ready Player One by Ernest Cline (Read by Will Wheaton) 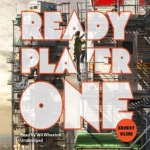 Who hasn’t heard about Ready Player One? It seems to be one of those books that is universally loved, so here I am jumping on the bandwagon. This is a YA sci-fi, set in the year 2044, where the world is just not a place you want to spend much time. Instead everyone spends their time within virtual reality, and if that isn’t enough to tempt you there’s also, what is essentially a 80’s pop culture reference filled scavenger hunt to look forward to.  All I can say is I hope it doesn’t let me down.

A Gathering of Shadows (A Darker Shade of Magic #2) by V.E Schwab 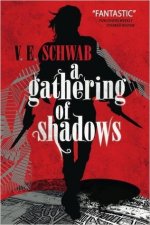 I read A Darker Shade of Magic back in December, but I just do not have time for a re-read if I want to be ready for the finale. In this YA fantasy sequel, we are returning to Kell and Lila, four months after the events of the first book. Kell and Rhy seem to be kind of struggling with the ends of the first book, maybe even some PTSD going on, as Red London prepares for the Element Games, like the Olympic Games but for the elemental style magic the permeates this world. I’m really looking forward to revisiting the multiple London’s and maybe seeming a lot more of the magic system because I feel like there was definitely room to expand from the previous book.

A Conjuring of Light (A Darker Shade of Magic #3) by V.E Schwab [Released February 21st] 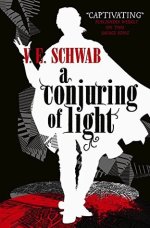 Since I haven’t read the 2nd book yet, I literally have no idea what this is about. I loved the first book so much, and already had the second one, that I straight up pre-ordered this one straight away and hopefully I’ll be able to get straight on it the second it arrives on my kindle.

This is the sequel that came out last February, and is, obviously, a continuation of Mare’s story. After the shocking betrayal of Red Queen, Glass Sword really takes a look at what it means to be loyal, and what it means for that loyalty to be completely shattered, and not just in those obvious places.Taking place, pretty much, straight off the back of Red Queen, this gives us the opportunity to really emerge ourselves in live in North outside of the palace. In addition to the expansion of the world, there is also more of a focus on military strategy as rebellion verges on war, between reds, silvers and everybody in between. 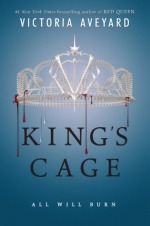 Now, Red Queen had one hell of a plot twist, Kings’s cage had on hell of an ending, so god only knows what is in store for the finale of this trilogy. Rumour has it we’re going to be getting an extra perspective, other than Mare, which I am super pumped about, and I think I know who it’s going to be. If I’m right this extra POV will mean that we get a much fuller view of both sides, which is going to be super interesting. we’re also going to see much more of the main villain, whose name is a spoiler in itself, and who I kind of adore. I love a good villain, and King’s Cage has one who is kind of up there with The Darkling (from The Grisha Trilogy), so I’m looking forward to seeing what’s going to happen to them.

The Mime Order (The Bone Season #2) by Samantha Shannon 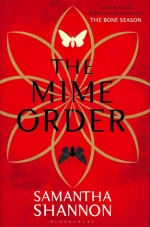 Continuing with the series so far re-read ready for the third book next month, I’m going to be participating (again) in the GoodReads read-along (and you are also more than welcome to join us here!). This takes place pretty soon after the events of the first book, but focuses much more on the gang system of Scion London. In case you don’t know this series takes place in 2049, but London has a very Victorian vibe and the law is protecting anybody who is clairvoyant, which gives it an almost historical fantasy feel. In The Mime Order, in addition to dealing with the events of the first book, there seems to be a war a-brewing between the gangs of the London Clairvoyant Underworld.

As I said, February is the month of the series, as I hopefully complete two stellar trilogies by some of my favourite authors. I’m most excited for King’s Cage this month, what upcoming releases are you excited for?