Of course I’m all for monthly TBR’s and I’ll still be having monthly ones, but I also am seeing myself a little goal to read all of Jane Austen’s books. I don’t know if it’s because I have finished uni, or what, but I have the wind in my sails to get back on the classics train. To do this I am going to go back through the Austentatious Book Club Schedule.

The Austentatious Book Club is run by Zoe, form the YouTube channel ReadbyZoe, and I’m basically going to backtrack through their live show videos. You can also follow the club on GoodReads right here, where the are continuing with reading classics, post Austen, and hopefully I’ll still be able to keep up with those. 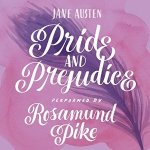 I have already listened to this via audiobook so I’m not sure yet, weather I’ll be doing that again on reading a physical copy, but this is probably Austen’s most famous novel. This tells the story of Elizabeth Bennet, one of five single sisters,  who’s mother is just dying to marry off.

Understandably she is ecstatic when she hears that Netherfield Hall has been bought by a young bachelor, who will no doubt also have dug male friends. However, while Mr Bingly may be the picture of a gentlemen, his friend Mr Darcy leaves a lot to be desired. In a novel, of love, gossip and crossed wires, there’s a good reason why this novel is still so popular. 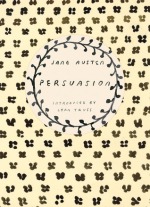 The second novel is one of a young lady, convinced to break off her marriage to a man after being convinced that he is not worthy of her. However, when he arrived back he finds that the tables have most definitely been turned. While she is struggling with the downfall of her family’s fortunes, he is now a rich, decorated admiral int he Navy. But how will they deal with fate thrusting them together once more? I love a tale of star-crossed lovers and this looks like it might be heading in that direction. 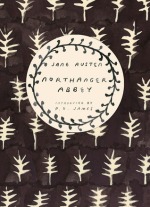 In Austen’s satirical take on the gothic genre, Northanger Abbey sound right up my street because I love gothic. Here, we follow Catherine who is staying at the abbey at the behest of some new friends she has made. At first the Abbey seems like a fine place but the longer she stays the more she finds her life resembling one of her beloved books. However has Catherine fallen head over heels into a gothic romance or is this all a product of her overactive imagination? 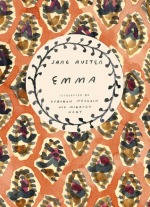 The closest i have come to this book so far is the film Clueless, which I absolutely adore and I’m hoping that I’ll be able to see the resemblance a little bit. Of course this is a love story, entered around the young independent heiress Emma, who has no intention of getting married. But, though marriage may not be for her, that is not to say that she has no interest in marriage at all. Instead her interests lie with matchmaking her friends, 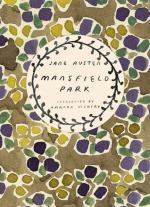 As my final new Austen, Mansfield Park follows Fanny Price who is taken from her own poor home to be brought up by her rich relatives, with her cousin, Edmund, as her only friend. While this may seem an idyllic but this is thrown into disarray upon the arrival of siblings, Mary and Henry Crawford, who bring with them all the glamour of London life. As those around them find themselves enamoured with the new arrivals, Fanny holds them at arms length, unwilling to trust them fully, but further isolating herself in the process. 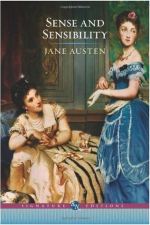 This is the only other Austen that I have already read, which is nice to being and end with re-reads, everything coming full-circle so to speak. Sense and Sensibility is the story of two very different sisters, Elinor and Mariane, who, due to regency inheritance law, have been ousts from the family home upon the death of their father. Now living in a small cottage with their mother and younger sister, they are having to adjust to this change in their fortunes. Of course, no Austen novel would be complete without some dashing gentlemen appearing, but don’t worry they’re not competing against each other. Instead, Elinor finds herself attracted to a man who is unavailable, while Mariane finds herself approached by two men, one young and dashing, the other kind and loving.

I don’t know when exactly I’ll be reading them but I’ll probably be aiming for two a month and you’ll be able to keep up to date through my monthly TBR’s so keep an eye out for those. I’ll also be posting frequent status updates, which I do with most of the books I read on GoodReads so if you want to follow me or add me over there feel free to do so.

What are your reading plans for the summer? Any specific goals in mind?

2 thoughts on “A Summer of Austen TBR”