It’s officially July, and that marks the halfway point of 2017. Can you believe it? As you will see, July meant that I threw my TBR out of the window, almost completely, which is going to leave me catching up in August. But, on the bright side, I did clear my currently reading shelf!

Pride and Prejudice by Jane Austen, read by Rosamund Pike 🌟🌟🌟🌟

This is the second time reading Pride and Prejudice, and I have to admit that I enjoyed it far more the second time. I know I don’t have to give you a little plot summary because, well… It’s Pride and Prejudice. What stood out for me, this time, was the banter between Darcy and Elizabeth, which probably isn’t very surprising. Also, and I might be completely alone int his, but I really likes Mr Collins, who is probably one of the most comical characters. Already, I want to read it again!

Illuminae (The Illuminae Files #1) by Amie Kaufman and Jay Kristoff, narrated by a whole cast of people 🌟🌟🌟🌟 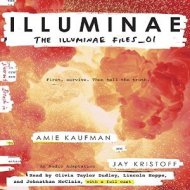 Well, wasn’t this the wild ride, that I was in no way expecting! In this YA, sci-fi novel, we primarily follow Katy and Ezra, and teen couple who’ve just broken up. Sounds like your typical YA contemporary, until their planet is invaded and their forced to evacuate to a space shuttle. This books has everything, a cute contemporary plot, a complete political plot, and even a creepy horror plot, all in the one book. It really does have something for everyone, weather your interested in the plot, or the experimental mixed media format, which somehow, works for the audiobook too, this book truly does have something for everyone.

Letters to the Lost by Brigid Kemmerer 🌟🌟🌟🌟 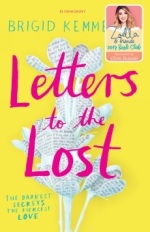 This is one of the books for Zoella’s Book Club, and as my first read from this l am so excited for the rest of the books on this list. Letters to the Lost is a YA, contemporary following Juliet, and Declan, though alternating POVs, as they become pen pals, unbeknownst to each other. Think You’ve Got Mail, my favourite rom-com, but set in high school. This book had great character development, and a lot more depth that you think it will judging by the first few chapters. I absolutely flew through the book, and found it super addictive, though, at times, I found it to be easy to mix the POVs up, which weren’t as clear as they could have been.

This is the final book in the Mistborn trilogy, but fear not, because I already want to re-read the whole thing. Broadly this trilogy is the story of what would happen if the bad guy won, and how that would effect this fantasy world. There is so much detail in this world, the magic system being so intricate, that I already feel as though I need to marathon the trilogy again just to fully appreciate all Brandon’s hard work. I don’t know why this took me 100 years to read, but Hero of Ages is more fast paced, while still maintaining that air of mystery that keeps this trilogy so exciting. Now I can officially say that Brandon Sanderson is my favourite fantasy writer.

Only Dull People Are Brilliant at Breakfast by Oscar Wilde 🌟🌟🌟🌟

This is part of Penguin’s Little Black Classics collection, and consist completely of various Oscar Wilde quotes. If you know anything about Wilde, then you should know that the man was super witty, and extremely quotable, the perfect author for a book of quotes. There is a really good flow within these 50 pages, as you’re taken on a journey through some of his quotes, the final quote giving the book a sense of closure, that was pretty impressive. Even if you don’t want to read it over to cover, it’s a really accessible book to just dip in and out of if ever you find yourself in need of some Oscar Wilde. 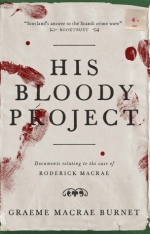 As a lover of mysteries and thrillers, of psychology, and Criminal Minds, this was the book I was most excited to read on the Man Booker Shortlist. How disappointed I was! His Bloody Project is the story of a murderer in a small Scottish village in the 19th century. It’s presented as a pseudo-factual account, and spilt into a couple of different sections, from the murderer’s account of the incident, to the trial itself. Sounds promising, right? No. His Bloody Project is a very slow book, with no surprises, or twist to keep things moving. Definitely not my favourite.

If you’re looking for a fast paced YA thriller, now that Pretty little Liras has ended then One Of Us Is Lying, is your new best friend. This book follows four high school stereotypes, as they find themselves implicated in, what is essentially a locked room murder mystery. As a lover of Agatha Christie, I was all over this mystery from the start, and yes, I did guess the solution before the protagonists. But that wasn’t the biggest problem I had with this book, the problem I had was the alternating POVs. I love different POVs in a book, I mean, hello Six of Crows, but I genuinely could not tell who was who. Despite the fact that I sometimes had to backtrack to check the POV this was a lot of fun, and I would definitely recommend. 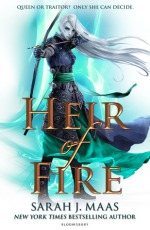 This book is defiantly a departure from the first two, and that can be both a help and a hinderance. With so many new characters, some who I love to my dying days, Aedion, and others who I don’t particularly enjoy in this book, it can be a little harder to follow than the first two. But don’t let it get you down, because while the first half is a bit slow, the second half is better, and overall this is a great book. Is it my favourite of the series? No. But it’s still a lot of fun, and it’s great set-up to my favourite book of the series (so far). Heir of Fire takes you further into this fantasy world, so you meet the fae properly, explore some pretty cool magic, and get ready for the end of the world.

My favourite book of the month was Hero of Ages, and my least favourite was His Bloody Project.

I feel like I have had a good reading month, it just did not include the books on my TBR, which could be a problem for my reading challenges. Can I claw my way back to victory? Stay tuned to find out!