Whew! May was a brilliant reading month for me., the likes of which you’ll probably never see ever again! It was so good, and I managed to finish so many books that I’ve decided to split my wrap-up into two more manageable posts, so enjoy the first half of my month!

You know I love SJM. And I do, I promise, but this book just did not work for me. To be blunt, this novella has no plot, and, as a result, reads like fanfic fluff. Don’t get me wrong I’ve read my fair share of fluffy fanfics, I’m just not used to paying £5+ for them. Also, the POVs are actually ridiculous. We’ve got two first person POVs, and then 3 third person POVS. All these changes were just so confusing, and they weren’t different enough from one another that you can instantly tell whose chapter this is. It’s cute, and cosy, and I’m thinking this might be a good Christmas read, but it’s not one of my favourites. 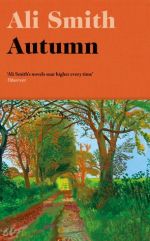 I don’t know how to describe this book, especially since I complained that the last book I read didn’t really have a plot. I guess Autumn doesn’t have much of a plot either, though we do follow Elisabeth and art lecturer, and Daniel and elderly man. What I really enjoyed book was it’s discussions on the subject of creativity, both in terms of visual art and literature. It’s also very contemporary and topical, which was great, but you have to wonder how well this will stand up years from now. Overall I enjoyed it, with it’s unusual form, but it didn’t grip me that I have to rush out and read the next ones.

Batman, Volume 1: The Court of Owls by Scot Snyder and Greg Capullo 🌟🌟🌟🌟🌟 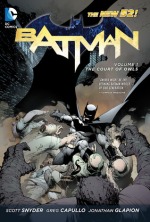 This is one of the best graphic novels I have read, probably ever. Can you tell that I liked it? The premise is very simple, there’s an old nursery rhyme about The Court of Owls, how they’re always watch, always waiting to strike, only there may in fact be a basis of fact to this fiction. It’s superbly atmospheric, as we follow Batman around the city trying to piece together this mystery, that hits closer to home than he’s willing to admit. I also loved seeing Nightwing, and Robin, though mostly the former. I need to get my hands on City of Owls immediately!

Do Android’s Dream of Electric Sheep by Philip K. Dick 🌟🌟🌟 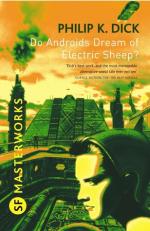 This is famous for being the story that inspired the film Blade Runner, which I haven’t seen, though I have seen, and really enjoyed the sequel, Blade Runner 2049. The book was okay, but there were a lot of things that either weren’t explained, or just weren’t explained enough for me. Admittedly I did rush through this, so maybe I brushed over something, but it felt more like the first draft than the final draft. There are two POVs, but I was only really interested in the one, even when the finally converge towards the end. I would like to read it again, just in case I missed anything, but maybe hard core sci-fi isn’t my thing after all.

To Davy Jones Below (Daisy Dalrymple Mysteries #9) by Carola Dunn  🌟🌟🌟 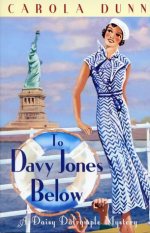 I have a weakness for cozy murder mysteries, and when someone offered to lend me a couple of these books I just couldn’t say no. We follow Daisy as a newlywed, embarking on a ship to America, in the 1920s, when a man ends up overboard. But did he fall or was he pushed?. In the same vein as the Aurora Teagarden mysteries you don’t necisseril have to read these in order, and this is the first one I’ve read. There were a couple of moments where I was unsure about the characters, as a lot of them have quite a few different names, depending on whom is addressing them, but for the most part it was a sweet little book.

This is the next Daisy Dalrymple in the series, in which she finds herself embroiled in yet another murder. While meeting her American editor, Daisy is the witness to the murder of another journalist, when he is shot and subsequently falls down an elevator shaft. Like To Davy Jones Below, it’s a lovely, cozy, murder mystery, and I did enjoy the cast of characters a little bit more this time around. Though on the other had the mystery, and motives of the murderer, weren’t quite as compelling as the previous book. Still, I’ve got one more of these books to go, and I’m looking forward to it.

Out of the three, this was probably my favourite of the bunch, as it was the closest thing to a locked room mystery, with the family gathered in an isolated house for Christmas, though I’m not going to be rushing out to get more of the series. It’s not that I dislike them, they’re just very average, perfectly okay, but probably not that memorable at the end of the day. That said, if you’re looking for a cozy murder mystery you can finish in a day (and you’ve read the Aurora Teagarden series) then you might like theses, and you’ve also got the historical fiction aspect too, if that’s appealing to you. 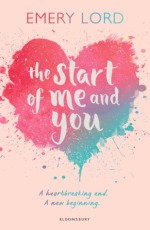 You may remember that last summer my friend and I were going to read and annotate these books, and split them between us. Well, summer was busy and neither of us got very far, but I picked this us finding myself craving a YA summer contemporary, and it was exactly what I wanted. We follow Paige as she tries to move on after the death of her previous boyfriend, event hog they were only dating for a few months. It’s cute, with depth, but without that stereotypical drama that you find in the genre too often. I defiantly need to check out more Emery Lord books!

And that was it for the first half of the month. Stay tuned for part two coming to you soon!!

Have you read any of these books, and if so what did you think? Where to you stand in regard to ACOFAS (the hottest topic in the YA community at the moment)? What’s your favourite YA contemporary?