I had a great first month of the year in terms of reading, and here is exactly why… 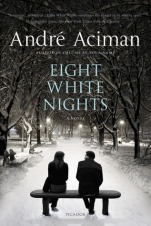 For once I’m going to avoid waxing lyrical over how much I love Aciman, and how excited I was to read this book. I’m also going to get the obvious out of the way; this was no Call Me By Your Name. It was, however, and extremely competent and lovely pice of writing. Following two people who meet nightly, int he eight nights leading up tot he new year, Aciman gives us a whimsical realism, that doesn’t feel too contrived. There is that high-brow air to it, the same as CMBYN, which isn’t for everyone but I really enjoyed it. If you’re looking for a romance, that’s a little different,  where you have to read between the lines, then give this a try.

I was equally nervous and excited to read Mad Love, because Harley Quinn is one of my favourite character, and I love her story. Thankfully this book didn’t let me down, and followed the comic super closely, even using the dialogue, and some of the same imagery. The novel, despite being exactly that rather than a comic, manages to preserve the feel of a comic, however, this sometimes falls flat. With a novel you have so much more room to grow a story, and while there were added scenes, they failed to contribute to the story as a whole. It was also told as a linear narrative, when it really didn’t need to be, given that the original is not. All in all I would recommend, but my sky high expectations weren’t quite met.

You may recall Nevernight wasn’t my favourite book, but since I already had a copy, I was going to pick it up eventually. I did end up getting the audiobook, which as the best decision, because the narrator was great. The story follows Mia, orphan and assassin, who’s on a revenge mission, and has extraordinary abilities. I never thought I would be complaining about the amount of action, but it really overshadows the mystery on the Darken, which is what I’m most interested in. I ended up enjoying this far more, than I did the first book, and will probably read the their when it comes out, though it’ll will be via audiobook.

The Cruel Prince (Folk of the Air #1) by Holly Black 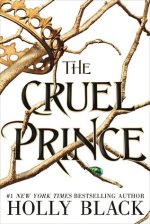 Given that the sequel was released this month, I was always planning on a re-read since it seemed like a perfect opportunity. If you were here around this time last year, you may have remembered be gushing a little about this book, because I did read it twice, and wrote a full spoiler free review. A year later, and not much has changed, though I will say that the first third of this book is super slow, but you’ve got to just keep going. There’s a huge payoff at the end that makes it all worth it, and I always end up marathoning the end, something that I very rarely ever do.

The Wicked King (Folk of the Air #2) by Holly Black

The Wicked King has been one of my most anticipated reads since last January, so I was more than ready for it. Now that I’ve read it, I can say that the nest book in the series, is going to be my first pre-order for 2020. Like the first book, the first half was a little slow, as Black has to do a lot of set up for the court, which we didn’t see in the first book. The second half– The. Second. Half– was gorgeous, full of everything that I loved about the first book and more. Jude is as cut-throat as ever, and I am living for it! Someone did spoiler the final punch for me, which was gutting, but there was so much scheming that there was plenty to keep me entertained.

I didn’t think this would be able to match my love for the BBC adaptation, and I’m happy to say, that I was very mistaken. The Little Dummer Girl welcomes you into the theatre of the real, as Charlie, a young actress, is recruited to go undercover for the Israeli Secret Services. This was my first le Carré book, and it will not be my last, because the 650 pages absolutely flew by. The perspectives are split, about 85% Charlie, and 15% everybody else, and I did find Kurtz chapter in particular a bit of a struggle. The final scene differs slightly from the TV show, and I did prefer this version, just for the final line of dialogue.

How to Stop Time by Matt Haig

This was a nice little read (just over 300 pages) that follows a man with a medical condition that means he ages ecsremely slowly. The narrative jumps throughout Tom’s life, from the 1600s to modern day, as we see him struggle to stay alive, hiding from people who would wish to harm him. The most important rule is never to fall in love, however that rule seems harder to follow than any other. What’s nice about this book is that it’s not just about romantic love, but about all types of love, and about that need for a human connection. It was a sweet story, though I struggled to connect to Tom, and I wanted less Shakespeare and more Fitzgerald.

Even the Darkest Stars by Heather Fawcett

With the sequel released at the end of the month, I knew I would have to re-read this first book, because it’s has been so long since I read this. All I remembered about this books is that it really surprised me over how much I liked this back in 2017. Even the Darkest Stars is a YA fantasy novel that follows Kamzin, as she helps the River Shara, the Royal explorer to scale the tallest mountain. Fawcett does an excellent job balancing the fun action scenes, which make the book speed by, and, and the softer, slower scenes. I never see anyone reading this, and I think it definitely deserves more love.

The Winter Soldier by Daniel Mason, read by Laurence Dobiesz 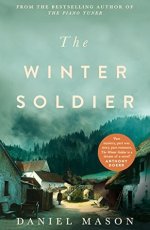 Well, this was a disappointment. Following a young doctor who enlists in the first wold war, it is a story or war, and love, and tragedy, and yet it has no heart. At no point did I feel connected to any of the characters, and, unfortunately din’t really care about any of them. The blurb talks about a specific patient, but he’s barely present in the narrative, and when he’s mentioned again, you’re just left wondering why. I expected grand themes, and yet they are dealt with so trivially, that I was just waiting for it to be over for the most part. Not a very successful foray into historical fiction, and I don’t see myself picking up any more Mason.

I also re-read Persuasion for my Narrative and Nation class, and The Haunting of Hill House for my Spectral Femininities Class.

What did  you read this month? Have we read any of the same books?